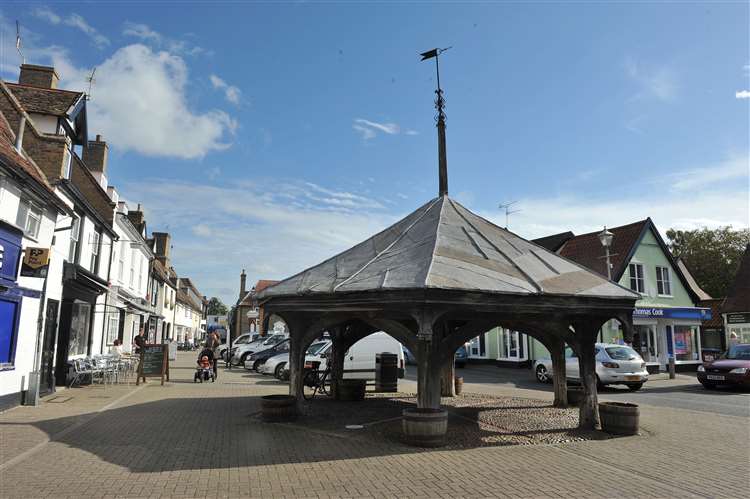 The small market town of Mildenhall dates back to Anglo-Saxon times, though evidence suggests the area was occupied as far back as the Stone Age. Today the River Lark flows peacefully through the town. You can follow the riverside walk to Barton Mills or stroll to West Row, and enjoy a picnic or a riverside drink at one of the pubs along the way.

Mildenhall became famous in 1942 when an impressive hoard of 34 pieces of fourth century Roman silver tableware, were found as part of the Mildenhall Treasure. The town is also known for its link to modern technology via the Mildenhall and nearby Lakenheath USAF bases. Visitors can catch a glimpse of the occasional low flying aircraft, or for real enthusiasts, watch them from designated plane spotting areas.

A curious feature in the town’s market place is the Town Pump, left as a reminder that piped water was not available until the 1940’s. A market, established by Royal Charter in 1412, is held here every Friday offering a variety of goods from fruit and vegetables to clothing and tools.