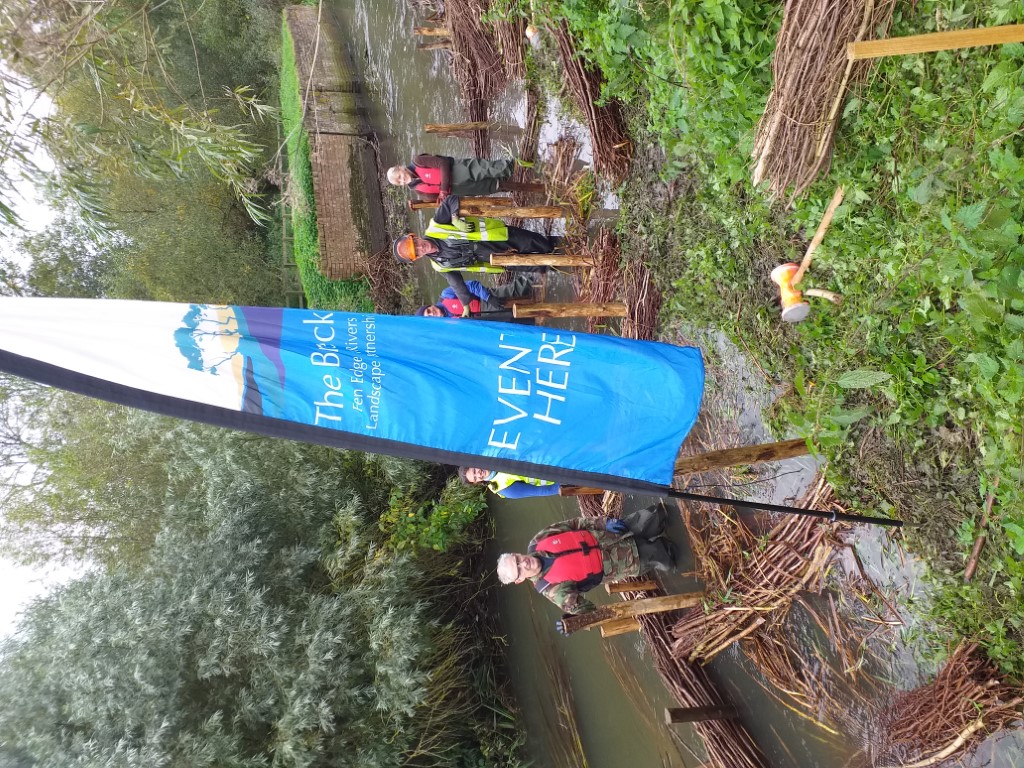 The River Lark Catchment Partnership (RLCP)  has had a rolling programme of training events, led by Rob Mungovan from the Wild Trout Trust. Whilst the theory has been explained through talks, and attendees have been able to practise the theory by building banks’ work “in the dry”, it was decided that the best way to expand people’s knowledge was to get them into the river and to actually build ledges and flow deflectors, and see the benefits of their work. 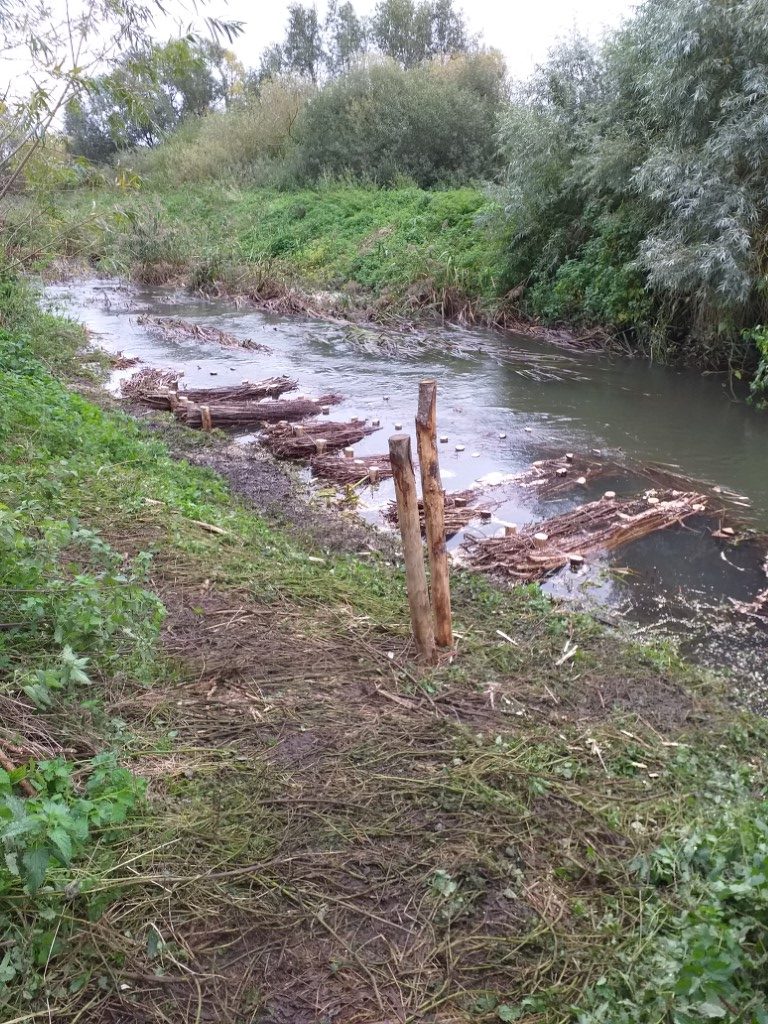 A  double line of vertical posts was driven semi-firm into the river bed. This framework of posts at 1m spacings then had a double layer of hazel brash bundles pushed down between them. The posts were set just close enough to hold the brash bundles from floating. Once the brash bundles had all been installed and were double lapped with ends slotted together, the wire demonstration could start, which was another repeat of what had been shown in the previous “dry” training session. A simple twist of short wire was secured with minimal fencing staples and then the semi-firm stakes were driven down to compress the brash bundles, creating a flow deflecting line of double layered brash bundles. Immediately the flow was being pushed across the channel, enhancing the Lark’s flow diversity and its ability to transport fine sediment. 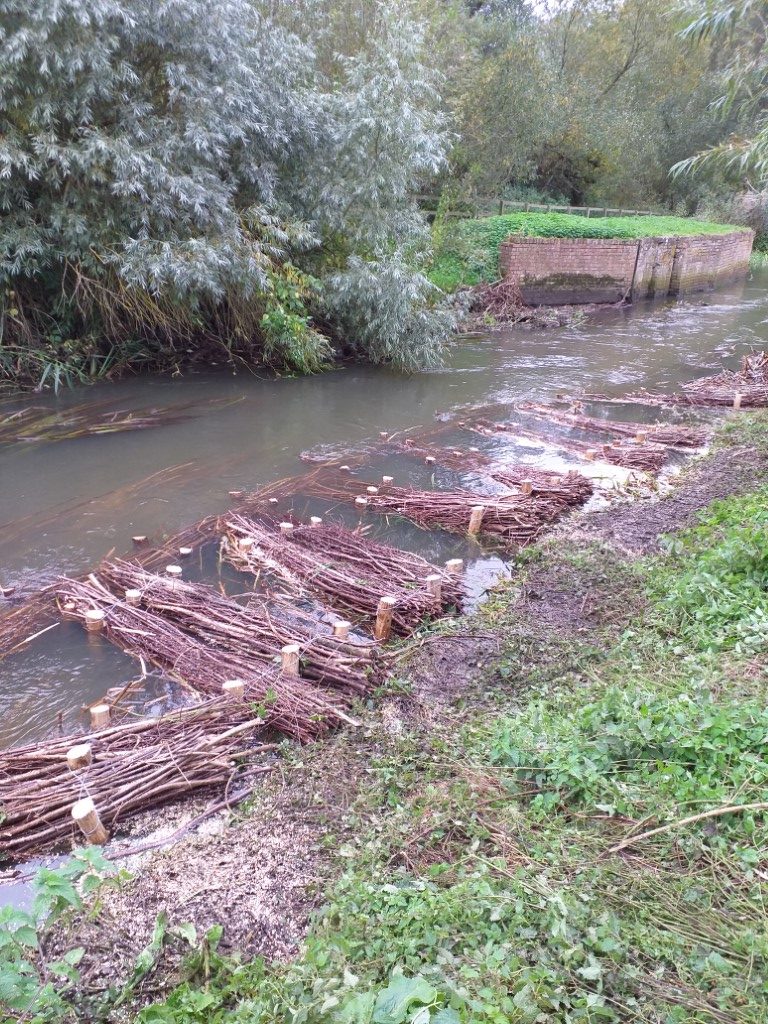 The next step was to infill the “D” shaped ledge that had been constructed. That was undertaken using more brash bundles which provided excellent in-fill and a much speedier job than when one has to source local brash, move it to position and try to fix it down with lots of floating sticks and branches. The brash bundles’ infill was achieved in the same manner as the outer line. As the infill was secured in place, the structure became even more effective with less through flow.

With the ledge deflecting flow across the channel, the slower water within the structure causes fine particles to drop out of flow. This is the point where the ledge will start to accrete material and transform itself into a brash berm; as the berm becomes more stable it will start to grow plants and in time a vegetated berm will merge with the existing bank flora to become one with the river. There were two large brushwood ledges (or brash berms to some) and two flow defectors contructed in 3 working days.

This project ideally  illustrates how much work can be achieved in a relatively short time period when 2 organisations, in this case RLCP and BTC coordinate, cooperate  and work together.